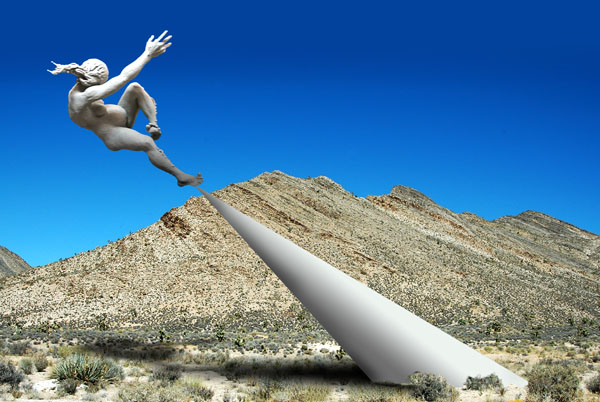 We saw the Earth in flames.
–Jitoma

Summary
Madonna is a mixed media, middle of nowhere shrine that depicts a feverish mother tittering on the pinnacle of our lethal civilization.

Objectives
1. To depict the planetary crisis.
2.To create an alternative gallery that is the antithesis of the art world in a remote, quiet place where it is possible to hear and heed the Earth (Toto, I don’t think we are in Chelsea anymore.)

The Now
For the first time in 55 million years, the North Pole is a swimming pool for drowning polar bears. The colliding crises of climate change, biodiversity loss, overpopulation, pollution, water scarcity coupled with the death of the ocean1, the wounded sky2 and war, as well as the foreseen collapse of crucial macro-ecosystems like the Amazon, Artic and Antarctic3, are ripping the web of life asunder and throwing the entire planet out of balance. Furthermore, our so-called leaders promote false solutions4 that exacerbate the catastrophe rather than addressing it, let alone remedying it. (We so loathe losing a buck, even if foregoing short-term profit will ensure our long-term future.) However, just as humans cause disequilibria, so too can we play a role in the Earth’s recovery of her balance. Above all, Madonna is about our choice.

Madonna depicts Earth Mother reeling from our disregard for the sacred. She reaches for us, implores us, but simultaneously is intent on her path if we continue to ignore her entreaties. Neither hopeful nor overcome by despair, as she dances on the fulcrum, she looks the impending fury in the eye, and is equally at peace with our abandon as with our epiphany.

Moms
Madonna is a dramatic departure from most previous mother iconography. This is no passive, broad hipped fertility doll with pendulous breasts, no Venus of Willendorf, no Isis suckling Horus, no Mary cuddling the Christ child. Nor is it an age-defying sexpot, strutting across the stage of Madison Square Garden belting out a deafening Pop song. This is the very source of all life on the verge of crashing from our Babel; the cliff of our arrogance; the skyscraper of our mad rush to distance ourselves from the soil. This is no soccer mom cheering on the socialization of her son into “real manhood.” This is the general strike of our origin. This is the “I quit!” of our mamita. This cousin of Shakti, is no longer going along for our Sunday drive.

Nowheresville
So, maybe it is fitting that the wind, prairie dogs, swallows and stars be the only ones who accompany her since they are among the few who are attentive to her predicament5. It is probably most viable to site Madonna on private property with public access in a garden or grove, desert or dune, be it part of an existing estate or on land acquired for the purpose. The vision is to create a shrine where people can contemplate their relationship with the Earth.

A marriage of contemporary figurative and Bauhaus, Madonna contrasts cold, static geometry with voluptuous, organic dynamism; polished crushed cars and fired red clay, as she asks us: Is art created to be seen or simply to exist? Are we the only spectators that count or does the universe abide our expressions? Should art be made to be admired and sold or is it merely a way to entertain, entice and placate the gods? If a monument is sited in the middle of nowhere (where is nowhere?) is it useless or transcendent or a little bit of both?

This is not the first time sculpture is made on the cusp between worlds. At the center of the Aztec (Mexica) calendar and cosmology, the Olin symbol of constant change maps out four previous suns and their respective demise be it from rain, fire, jaguars or some other deluge, and heralds the advent of the fifth sun. In fact, art may be the best way to leave a Post-it from one world to another.

What can you do?
It is no accident that there are so few monuments that represent what is going on. Monument making is an expensive endeavor and cost itself often denies means of expression. The required budget for Madonna varies significantly depending on the site, scale and medium chosen. This monument is an ambitious, independent initiative, not a commission from the government or private enterprise. Carefully complementing a variety of donations and funding sources with the sale of bronze copies of the maquette can raise the required budget. All contributions are tax-deductible. In-kind donations are also actively sought and graciously welcome, be it a site for the shrine, material, equipment, fundraising or helpful suggestions.

Acquire the Bronze Maquette
The maquette is available for purchase with a golden patina. This limited signed edition comes with an elegant black marble base.

Madonna Monument needs you! Please join those individual and organizations committed to creating this historic icon by sending your support today. Every bit helps, and your tax-deductible donation will make a difference. Thank you!

Your support is greatly appreciated!

1 It is estimated that 40% of the ocean is now “dead zones”. An indigenous elder of Alaska remarked a few years ago “Never before in our millenary history, did we have to contemplate the death of the ocean.”
2 The hole in the ozone is larger than continental United States
3 See Artic sea drops to 2nd lowest level on record, Seth Borenstein and Dan Joling, Associated Press, 8/27/2008: The Artic “is tipping now.” “We’re moving beyond a point of no return.”
4 False solutions to climate change include carbon trading aka the privatization of the sky, carbon offsets, plantations, agrofuels, GMO tress, geo-engineering, ocean fertilization, “climate ready” seeds, extremophiles and nanotechnology. Much of which tend to go hand in hand with the privatization of life be it under the World Trade Organization or the Convention on Biological Diversity or the World Intellectual Property Organization.
5 The Yanomani People of the Amazon use a special plant sap to hear the heart beat of Mother Earth. 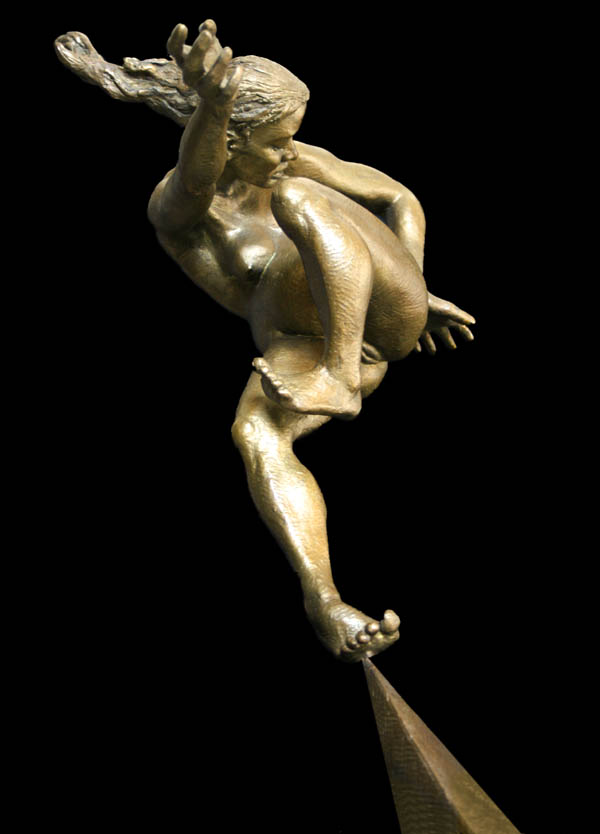